Playing catch up since I didn’t post anything last week. Life has been pretty crazy over the last two weeks. We closed onm and moved into our new house. Now we’re planning on remodeling the kitchen.

During the intermission of a performance of Brahms Requiem, the 23 protesters sitting in various parts of the auditorium stood up and sang, “Requiem for Mike Brown.”

So here’s a story of a cop not being shitty. I came across the story as excerpt and before I clicked through to read the rest my first thought was “I bet this lady isn’t black”:

Hall said DeLorenzo told him that her car had been repossessed that day with her daughter’s booster seat in it, and she simply couldn’t afford a replacement booster seat. Instead of writing DeLorenzo a ticket, Hall decided to address the problem with, to his mind, a more productive solution. http://news.yahoo.com/blogs/trending-now/cop-buys-mom-booster-seat-instead-of-issuing-a-ticket-182457023.html

In Florida, Kentucky, and Virginia — three of the four states whose laws banned anyone with a felony conviction from voting ever again — over 20 percent of all black citizens are legally prohibited from voting because of their involvement with the criminal-justice system. http://www.vox.com/2014/10/5/6906875/state-prisoner-voting-law-felon-disenfranchisement-map-virginia

Intel has pulled an advertising campaign from video gaming website Gamasutra after it reportedly received a number of complaints from self-identified gamers upset that the site was championing fair gender representation in video games. http://www.theverge.com/2014/10/2/6886747/intel-buckles-to-anti-feminist-campaign-by-pulling-ads-from-gaming

That proverbial rising tide is really a giant wave. The wealthy are comfortably riding it on their multi-million dollar yachts while the rest of us are strapped to the keel. Sure, you could say we rise with that wave too but we’re still under the water. http://digbysblog.blogspot.com/2014/10/shocker-o-day-greedheads.html

Pittsburgh, PA’s Conflict Kitchen restaurant has come under fire by some members of the city’s Jewish community who are upset that the restaurant has chosen to feature Palestinian food. Those people are assholes. http://kitchenette.jezebel.com/total-idiots-offended-by-conflict-kitchen-featuring-pal-1644109106

“If you look at our current technology level, something strange has to happen to civilisations, and I mean strange in a bad way,” he said. “And it could be that there are a whole lot of dead, one-planet civilisations.” http://aeon.co/magazine/technology/the-elon-musk-interview-on-mars/

But thanks to global warming, all that Arctic sea ice is dwindling. And so, in recent years, walruses have been seeking refuge on the northern shores of Alaska and Russia. http://www.vox.com/2014/10/1/6880033/walruses-alaska-melting-sea-ice

Track down the people who’ve been in contact with a sick patient; measure their temperatures and check on them daily for twenty-one days; if any turn up with a fever or looking sick, put them into isolation. Once you get anywhere upward of seventy per cent of the contacts under such surveillance, the disease stops spreading. http://www.vox.com/2014/10/4/6905303/ebola-scared-quarantine

When I woke up, I saw the clock and my heart sank. A little over 3 hours to Frankfurt. I’d slept for 6 hours, or $6,000 worth of the flight. http://dereklow.co/what-its-like-to-fly-the-23000-singapore-airlines-suites-class/

Doctors on Board allows Lufthansa to identify doctors long before an emergency occurs. By doing this, the cabin crews can personally and discreetly summon the doctor if their skills are needed during a flight. In order to find doctors who could potentially participate in this program, the airline scoured the data from its Miles and More frequent flier program. By doing this, Lufthansa was able to identify 15,000 doctors who regularly fly the airline. Of those, 10,000 opted to join the program.“ … "The Patient Transport Compartment is a fully-enclosed hospital room in the sky that can be installed center section of seats on some of the airline’s A330, A340, and 747-400 aircraft. http://www.airlinereporter.com/2014/09/how-lufthansa-cares-for-passengers-medical-needs/

Juist, which lies 12 km from the mainland and is home to around 1500 people, has no bridge and is currently served by a daily ferry service and occasional flights. DHL will fly its yellow quadcopter between Juist and the mainland for at least the next month, the company said in a release. http://www.digitaltrends.com/cool-tech/dhl-drone-start-making-deliveries-german-island/

Well, that didn’t take long. An even stronger endorsement. The pedophile card is pretty much the last card for these law enforcement types who feel entitled to the content of our digital devices. http://daringfireball.net/linked/2014/09/27/fbi-encryption

We can make the database harder to steal. Perhaps by keeping it offline. Perhaps by not keeping it in a computer at all. Print all the escrow keys on a sheet of paper. Thick, heavy paper (this is a long term archive after all) with one key per sheet. You’re not going to exfiltrate a million sheets of paper in your cargo pockets. You’re not going to be able to take pictures of all the pages. At least that’s my assumption, that with some reasonable physical security, we can keep “foreign agents” away from the data. http://www.tedunangst.com/flak/post/least-worst-golden-key

Current efforts to force Netflix to kick back some of its subscriber fees to home broadband infrastructure owners prefigure fights over even larger sums of money from sports teams and leagues when online streaming becomes the preferred means of sports watching. http://www.vox.com/2014/10/6/6918041/nba-tv-deal-espn-tnt

So network neutrality supporters offer what sounds like a simple solution: the FCC can re-classify broadband as a telecommunications service, but then it can use its forbearance power to cancel the most burdensome requirements the law would otherwise impose as a result. http://www.vox.com/2014/10/8/6876171/the-legal-arguments-against-net-neutrality-proposals-are-weak

Ibrahima Sarr, a Senegalese coder, led the translation of Firefox into Fulah, which is spoken by 20m people from Senegal to Nigeria. “Crash” became hookii (a cow falling over but not dying); “timeout” became a honaama (your fish has got away). “Aspect ratio” became jeendondiral, a rebuke from elders when a fishing net is wrongly woven. http://www.economist.com/news/international/21620221-translating-technological-terms-throws-up-some-peculiar-challenges-cookies-caches-and-cows

Truly disruptive new services don’t just digitize the familiar. They do away with it. http://radar.oreilly.com/2014/09/what-amazon-itunes-and-uber-teach-us-about-apple-pay.html As the parachute opened, he felt the familiar tug upwards. Except instead of a slow descent, he experienced a rapid ascent. The powerful updraft filled his parachute like a sail and rocketed him vertically thousands of feet at a velocity of nearly 100 mph. http://kottke.org/14/10/the-man-who-rode-the-thunder

I was sailfishing with Dickie Betts of the Allman Brothers band — he and I were pretty close back then — off the coast of Stewart, Florida one day, and I got a call "ship to shore,” which was pretty rare back then. The captain said, “Hey, Don, it’s your agent,” and I said, “Well tell him to fuck off, I’ve got a sailfish on the line.” http://www.rollingstone.com/tv/features/don-johnson-on-30-years-of-miami-vice-20141009#ixzz3Fhfk9oPh

Amazingly, for as many as 5 days after the explosion, weather stations in 50 cities around the globe observed this unprecedented spike in pressure re-occcuring like clockwork, approximately every 34 hours. That is roughly how long it takes sound to travel around the entire planet. http://m.nautil.us/blog/the-sound-so-loud-that-it-circled-the-earth-four-times 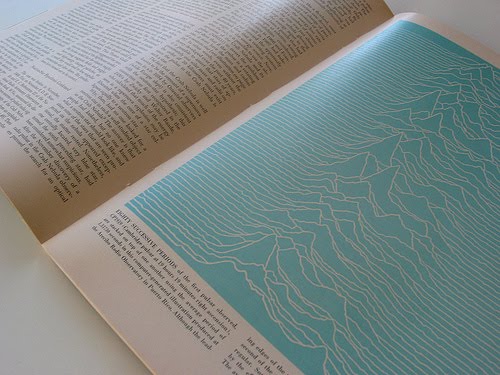 I had no intention of ever learning this much about Joy Division or pulsars, but because of my apt to be a law abiding citizen, I was forced to research the about the ubiquitous design made popular by the British band and artist Peter Saville for a t-shirt project I’m heading on SixPrizes. http://adamcap.com/2011/05/19/history-of-joy-division-unknown-pleasures-album-art/

“I have read and agree to the Terms” is the biggest lie on the web. We aim to fix that. https://tosdr.org/

I always thought of Star Wars as the story of two slaves [C-3PO and R2-D2] who go from owner to owner, witnessing their masters’ folly, the ultimate folly of man… http://m.totalfilm.com/news/david-fincher-discusses-meeting-disney-about-star-wars-episode-vii